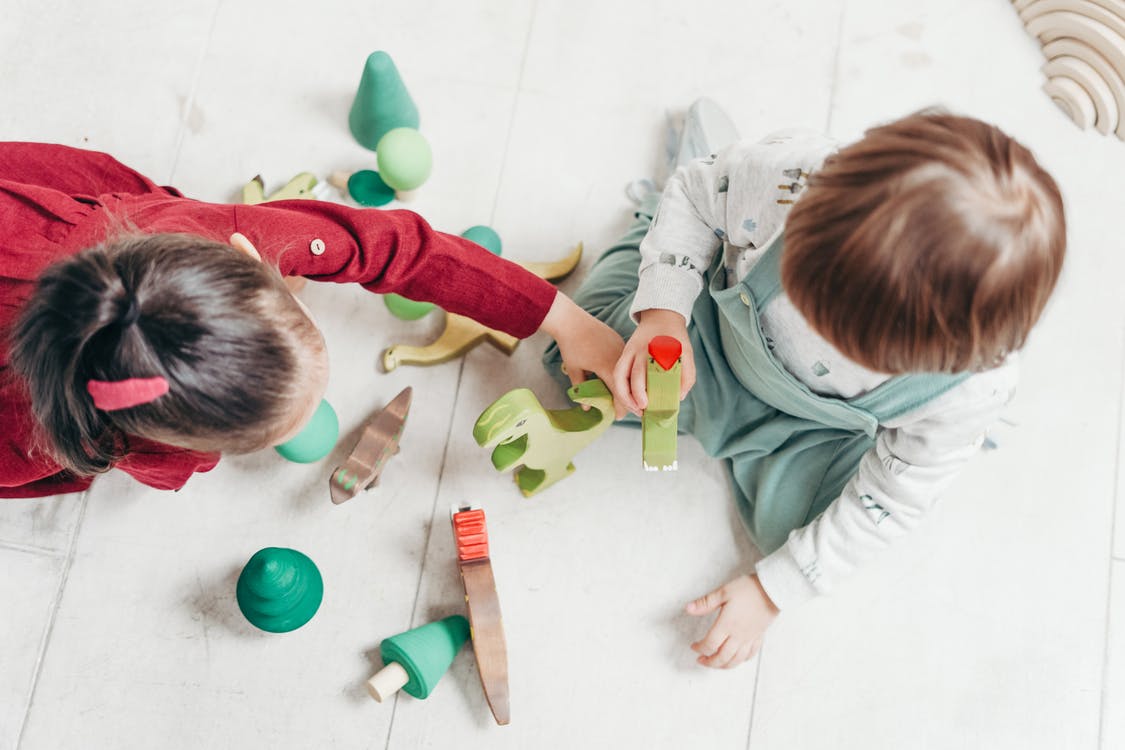 If you’re moving with kids, you know that the move may be disorienting and upsetting for them. One way kids can react to an upcoming move is holding on to old toys that they no longer play with; this, of course, is the last thing you want, since your goal is probably to get rid of as much stuff as possible before moving. Here is how you can get your kids to get rid of their old toys themselves.

First, reassure them that there will be enough room for them and the toys they decide to bring. You can show them pictures of their new room, and talk about where they can store the items they decide to bring. And let them know that you expect that treasured stuffed animals will be coming along. Whether they’re four or ten, special stuffed animals will provide continuity and a sense of stability and safety.

A good motivator is to plan their new room with them. Use Pinterest or other sites to create an inspiration board, and let them talk about what they’d like. The goal is to provide them with a more grown-up room than the one they’re leaving behind, one where outgrown toys will make them seem younger.

As you make your preparations for the move, talk about what you are getting rid of. Say that while it can be sad to let go of certain things, you know that someone else can put them to good use. If they’re old enough, have them help bag or box items for the Salvation Army or other charities.  Do this before you move on to packing the kids rooms, so that they can see that it’s not just their stuff that’s being weeded out.

A process for school-age kids is to provide a number of boxes for all their toys to fit in. You’ll want to estimate the amount of stuff you think they can get rid of and provide boxes so that only a portion of their toys will fit in the boxes. But be reasonable – no providing one small box and expecting them to get rid of 90% of their toys — and limit what you’re expecting them to get rid of to the toys they no longer play with, are broken, or they don’t really like. (Pre-schoolers may not have developed the emotional skills for this yet.)

You may be able to leave older kids to pick out the toys they want to bring by themselves, but younger kids will need help. Lay out all of their toys. Set a rule that broken toys don’t get moved, and set aside any toys you know are broken. Then ask which toys they definitely want to bring with them. Pack these, then move on to the remaining items. Let them choose the items that they’re willing to get rid of. Expect some switching of items, and let your child talk about why they’re choosing the toys they’re choosing to get rid of. You can also talk about who your child thinks might get these once they’ve been donated, and how that makes them feel.

The hardest part will be when there’s not enough room in the boxes of toys to take, but items they want still remain on the bed. Acknowledge that the choice is hard, and offer encouragement and praise when they manage to let items go. If you feel like your child has managed to weed out enough toys, you can allow some extra room.

Finally, let your child help box up items that are being donated (and items being donated should not be broken, should be in working parts, and have all their pieces). Even if you are having a pick-up for other items, consider making a trip so that your kids can drop of their donated toys themselves.